Launch of the “Crops to End Hunger” Initiative 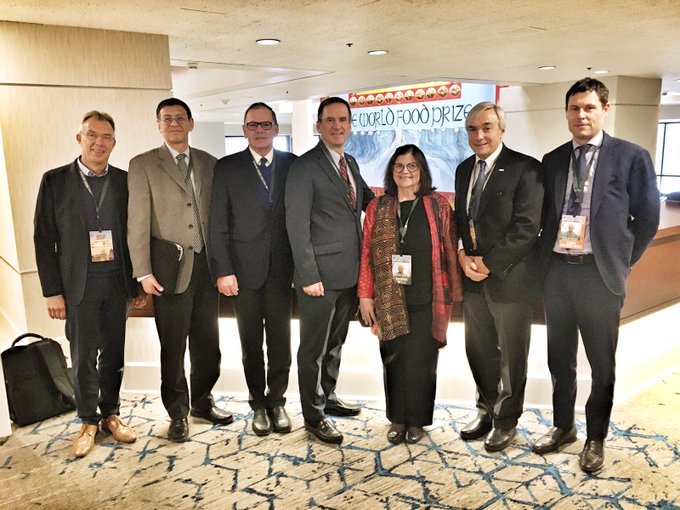 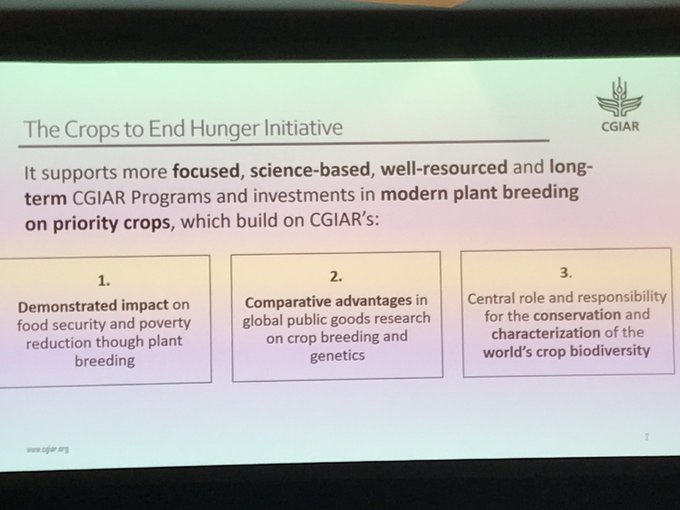 than 65 countries to address cutting-edge issues related to global food security and nutrition. The three-day conference convenes a wide array of scientific experts, policy leaders, business executives and farmers and has been called "the premier conference in the world on global agriculture." Through the Borlaug Dialogue, the World Food Prize Foundation helps build alliances in the struggle against world hunger and malnutrition.

Extract of the programme: CGIAR at the World Food Prize

1- Launch of the “Crops to End Hunger” Initiative 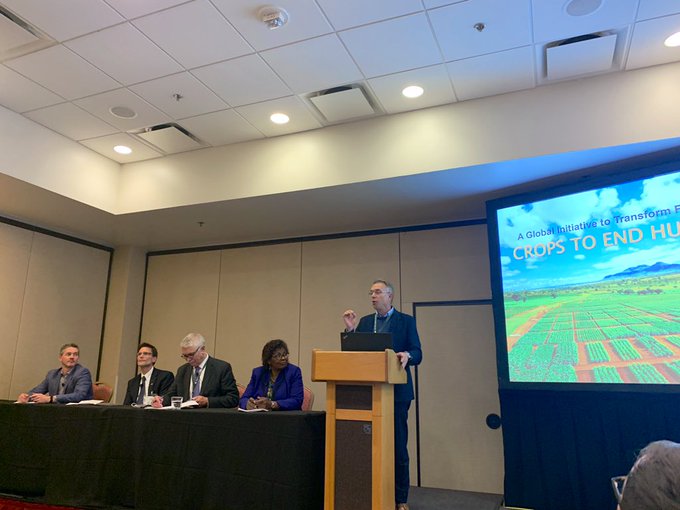 The challenge of CGIAR is to apply modern scientific advances toward achieving the Sustainable Development Goals (SDGs), particularly SDG 2: “End hunger, achieve food security and improve nutrition, and promote sustainable agriculture.” In service of this mission, CGIAR introduced “Crops to End Hunger,” an initiative focused on increasing the effectiveness of CGIAR crop breeding programs in developing
more productive, resilient and nutritious varieties of staple crops in demand by smallholder farmers and consumers in the developing world. 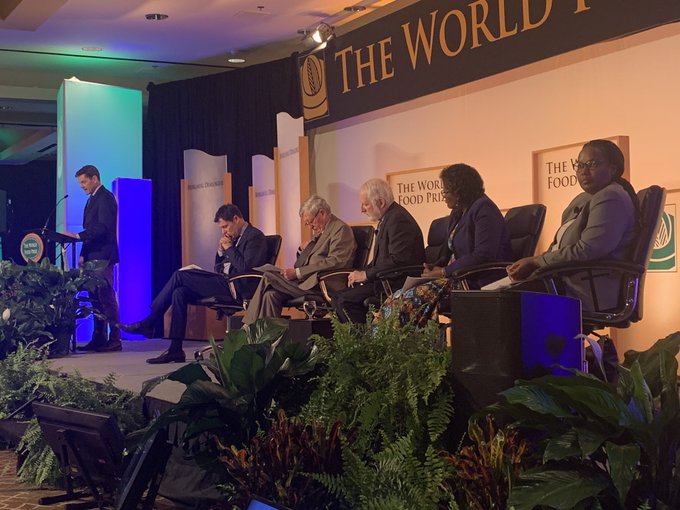 The official launch of “Crops to End Hunger” introduced and outlined this new ambitious vision to meet the food, nutrition and income needs of both producers and consumers, respond to market demands, and provide resilience to environmental challenges arising from the climate crisis.

This CGIAR side-event in partnership with Corteva will open a dialogue with participants to learn Crops to End Hunger”, the new initiative that will be officially launched in the CGIAR symposium at the Borlaug Dialogue. Continuing the discussion, this official side-event will provide deeper context and underline why the modernization and focus on crop breeding is crucial to help feed the world’s growing population in these times of climate crisis. 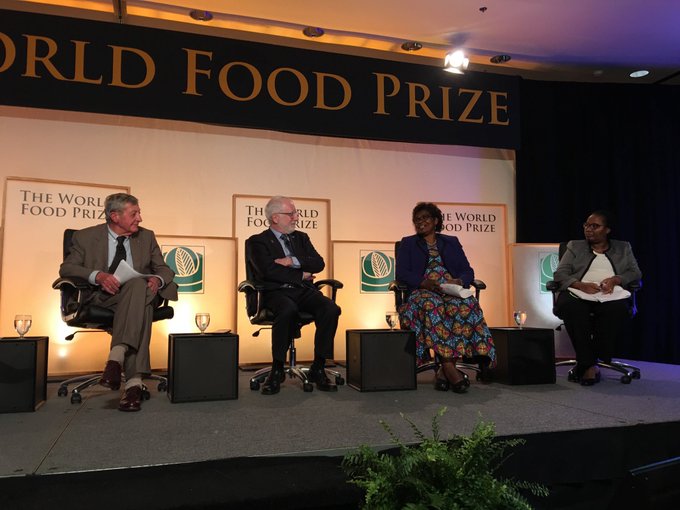 What is Crops to End Hunger?

Related: Simon Groot, Founder, East-West Seed, and 2019 World Food Prize Laureate.
Initially, Simon Groot struggled in the Philippines because “farmers are extememly reluctant to go in for seeds.” Switching from underperforming free seeds to hybrid seeds with higher yields has the initial burden of taking the financial investment into seeds

Related: BBC Release date:10 October 2019. The man who fed the world - Duration: 4 minutes
In 1970 the American agri-scientist, Norman Borlaug, was awarded the Nobel Peace Prize for his pioneering work developing disease-resistant crops. At the time famine and malnutrition were claiming millions of lives across the world, particularly in South Asia. Dr Borlaug’s work meant countries like India were able to become self-sufficient. Critics said the new grain varieties were too reliant on chemical fertilisers, but it’s thought millions of lives were saved. Witness History hears from Professor Ronnie Coffman, student and friend of Norman Borlaug.

© 2022 International Center for Agricultural Research in the Dry Areas (ICARDA)